A JMX monitoring service for Couchbase

I had to investigate the Couchbase Bucket statistics a bit this week and so started a small side project which allows to access them via JMX. The source code is available here: https://github.com/dmaier-couchbase/cb-jmx . JMX means Java Management Extensions and provides a standard way to manage and monitor applications in the Java world.

The idea of the service is to expose the Couchbase bucket statistics via JMX. So tools like E.G. 'JConsole' or  'VisualVM' can connect in order to access the metrics.

The JMX service runs a job which gathers the provided bucket level metrics every 5 seconds. Every metric is returned as a series of samples. The standard accuracy is 1 minute, which means that you get a series of about 60 values per metric. This means that Couchbase measured one value per second. The MBeans are now approximating this series of values in order to provide a flat value. (BTW: The series is also exposed as a stringified array of values.) This flat value can then be plotted (see screen shot below). The closest approximation is the 'Next' one. 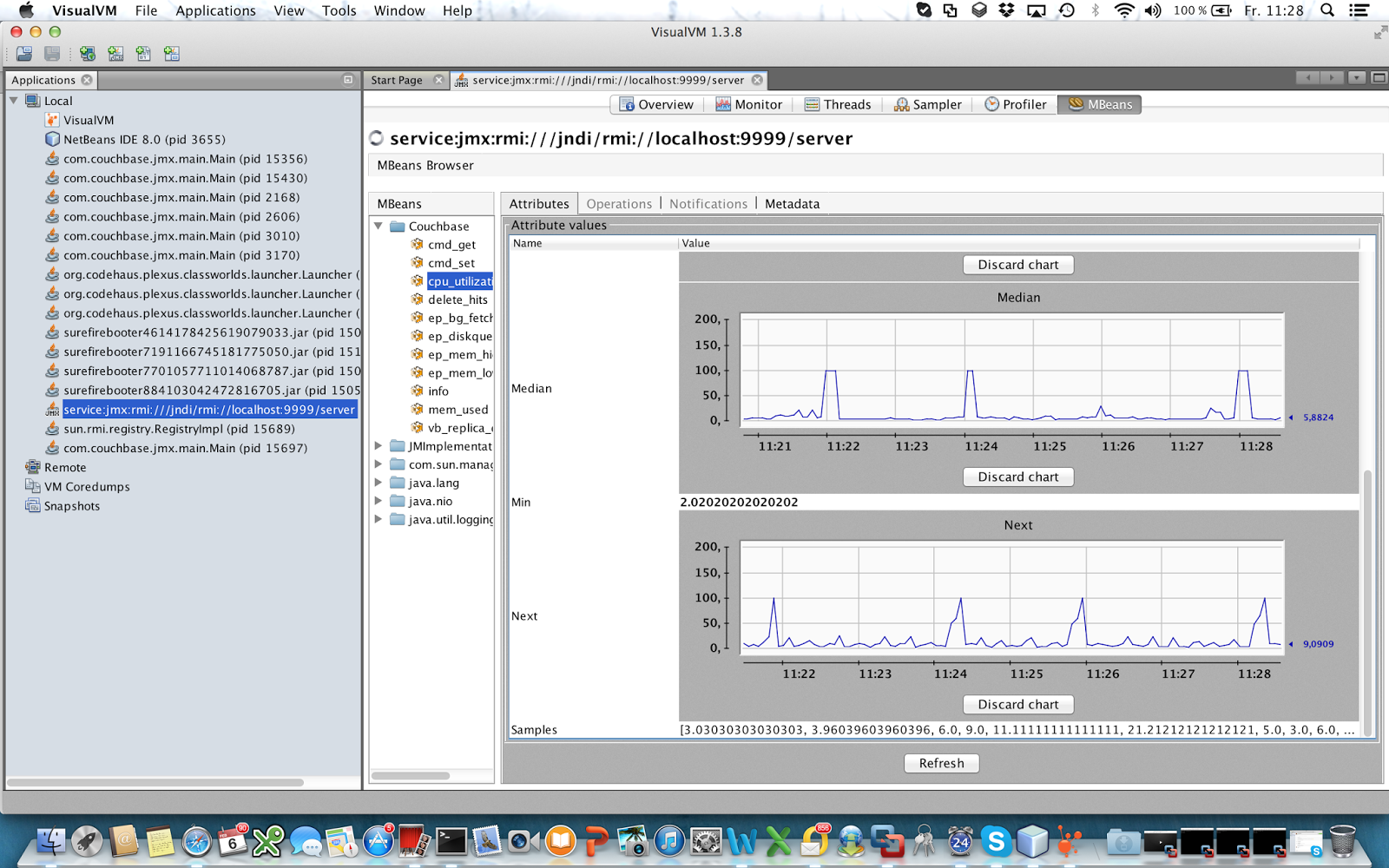